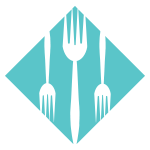 Mark Dawejko is the Founder and Managing Partner of Penn Capital Partners and the founder and CEO of Tomlinson Brands. Since its founding in 2009, Penn Capital, a boutique private equity firm, has focused on four principle activities: angel investing/venture capital, fund management, private real estate transactions, and advisory services.  In 2016, Penn Capital entered the Restaurant Industry via predecessor firms to Tomlinson Brands.

Prior to founding Penn Capital Partners and Tomlinson Brands, Mark spent 25 years, investing over $7 billion in real estate throughout the United States and Japan. His transactions were structured in the form of equity, preferred equity, mezzanine, high yield debt, straight balance sheet debt and securitized debt. Dawejko worked in the Investment Banking Division of Wachovia and at GE Capital. He was the head of multiple divisions as Managing Director, President, and Senior V.P. Before joining GE, he held senior positions for real estate companies in the Philadelphia region, and worked as a CPA for KPMG.

In his free time, Mark spends time with his family and pursuing his passions for hunting, skiing, fishing, and boating. He is an active member of Bryn Mawr Presbyterian Church, where he spent 6 years serving on the Board of Trustees most recently as its President. At BMPC, Mark also served on the Pension Committee, Hunger Committee, and the Budget Committee. He also worked closely with the Church’s substantial foundation.  Mark headed Bryn Mawr Presbyterian Church’s stewardship efforts for 2014 and 2015. His philanthropic activity supports charities that help the weakest in our communities, especially the hungry.

Stephen McRae’s love of food was solidified in childhood where he grew up as an “army brat”. He moved around often and was frequently exposed to different cultures and cuisines. At sixteen, Stephen got his first job as a dishwasher in a kitchen. He worked hard and moved up the ranks over the years before finding himself in his first Sous Chef role. He continued this job through college where he majored in Political Science and realized that he liked cooking just as much as politics. In 2010, both worlds collided when Clyde’s Restaurant Group offered him a job in our Nation’s capital. Stephen worked for Clyde’s for four years in this time he really honed his managerial skills before accepting a job for Iron Chef Jose’ Garces at his Argentinian Steakhouse, Rural Society. This stop is where the technical side and the creative side became something special, he developed his food voice in South American and Spanish cuisine under Chef Garces’s teachings. He then accepted the position of Executive Chef over the Rustico properties for Neighborhood Restaurant Group. He served in this capacity for Five years before a chance email would lead him to a conversation and an opportunity from Tomlinson Brands that he couldn’t pass up!

When not working, Stephen enjoys spending time with his family, watching football, playing and listening to music, and consuming what his wife thinks is an impractical amount written news from all over the political spectrum and late-night xbox sessions.

Will Fleming serves as Acting CFO of Tomlinson Brands in addition to serving as President of Global Shared Services. Mr. Fleming founded GSS as a shared services center in 2003 as a division for finance and accounting services for Lockheed Martin’s telecom division. Mr. Fleming led a GSS acquisition into the restaurant industry in 2014 and has grown GSS to be a nationwide, leading restaurant financial services provider. He started his career in investment banking specializing in M&A and capital raising in the telecommunications industry.

Erin grew up as the only daughter of a single mother. Their weekends were always spent together watching The Food Network and looking through cookbooks, after which, they’d inevitably end up in the kitchen where they would experiment with different foods from around the world and listen to classic rock; the cooking utensils pulling double duty as microphones. At fifteen, Erin got her first job at a chain pizza restaurant where she worked as a server. This is where she first discovered that one of her real talents in life was the ability to connect with people and provide excellent customer service.

These skills continued to benefit her throughout college, helping her to pay her tuition for school while working as a server and a bartender while pursuing her degree in English Literature. After graduating, McRae decided to continue her education, and obtained a second degree in Marketing and Public Relations; all while continuing her kitchen utensil karaoke weekends with her mother, still enhanced by amazing food and their favorite bands, but made all the more entertaining with the addition of wine as she was now of drinking age. After graduating for the second time, McRae kept herself busy working with jobs in the hospitality industry and providing freelance editing and marketing services; and most importantly, raising her children. Her role with Tomlinson Brands is one that allows her to be creative and pursue her passions in life: customer service, writing, marketing, and food.

Erin still spends as much time as she can experimenting (and singing) in the kitchen… only now she gets to do it with her ultimate loves in life, her children and her husband. She’s now following in her mother’s footsteps and teaching her own children a love of food and cooking and really great music. She fully intends to also teach them a love of wine in a few years when they’re of age.

Harris Eckstut’s career spans nearly five decades of success in the restaurant business – his own and others from Philadelphia PA  to Bay Village, Long Beach Island, NJ and operations up and down the East Coast.  For 25 years, Harris owned and operated the landmark MontSerrat Restaurant on Philadelphia’s famed South Street. He was also instrumental in the “main street” development of South Street and was a leader in the area’s historic preservation, being the founding chair of one of the first small business improvement districts (BID) in the country.

As a long-time restaurant veteran, Harris is knowledgeable in all aspects of the food service business: concept, menu, operations, management, marketing, budgeting, bookkeeping, financing, real estate, leasing, maintenance, and the many, many other hats a restaurant business owner must wear. Harris has used his expertise and experience to help scores of independently owned and franchised restaurants. Some of those most recently award winning clients are: Cicala’s at The Divine Lorraine and Vernick’s Food and Drink in Philadelphia.

Harris has been instrumental in guiding Tomlinson Brands in all facets of its operations.

Alexander joined Penn Capital Partners in 2017, helping to found the predecessor firms to Tomlinson Brands. He brings international commercial real estate and energy investment experience. Alexander is a Principal of both Penn Capital Partners and Tomlinson Brands. As an Advisory Board member, he provides invaluable insight on real estate, finance, and investment strategy. His global and analytical mindset is grounded in his belief that successful investments require a deep understanding of the people and communities in which you invest.

Alexander is a Senior Analyst at Brixmor Property group, where he specializes in retail real estate. Prior to his current position, Alexander worked in acquisitions for a non-publicly traded multi-family REIT. Alexander gained his international experience as an economist and investment analyst at the largest private oil company in the Middle East, located in Sharjah, United Arab Emirates. He earned a Bachelors in Economics at Washington & Lee University (’17) and attended The Haverford School (’13).